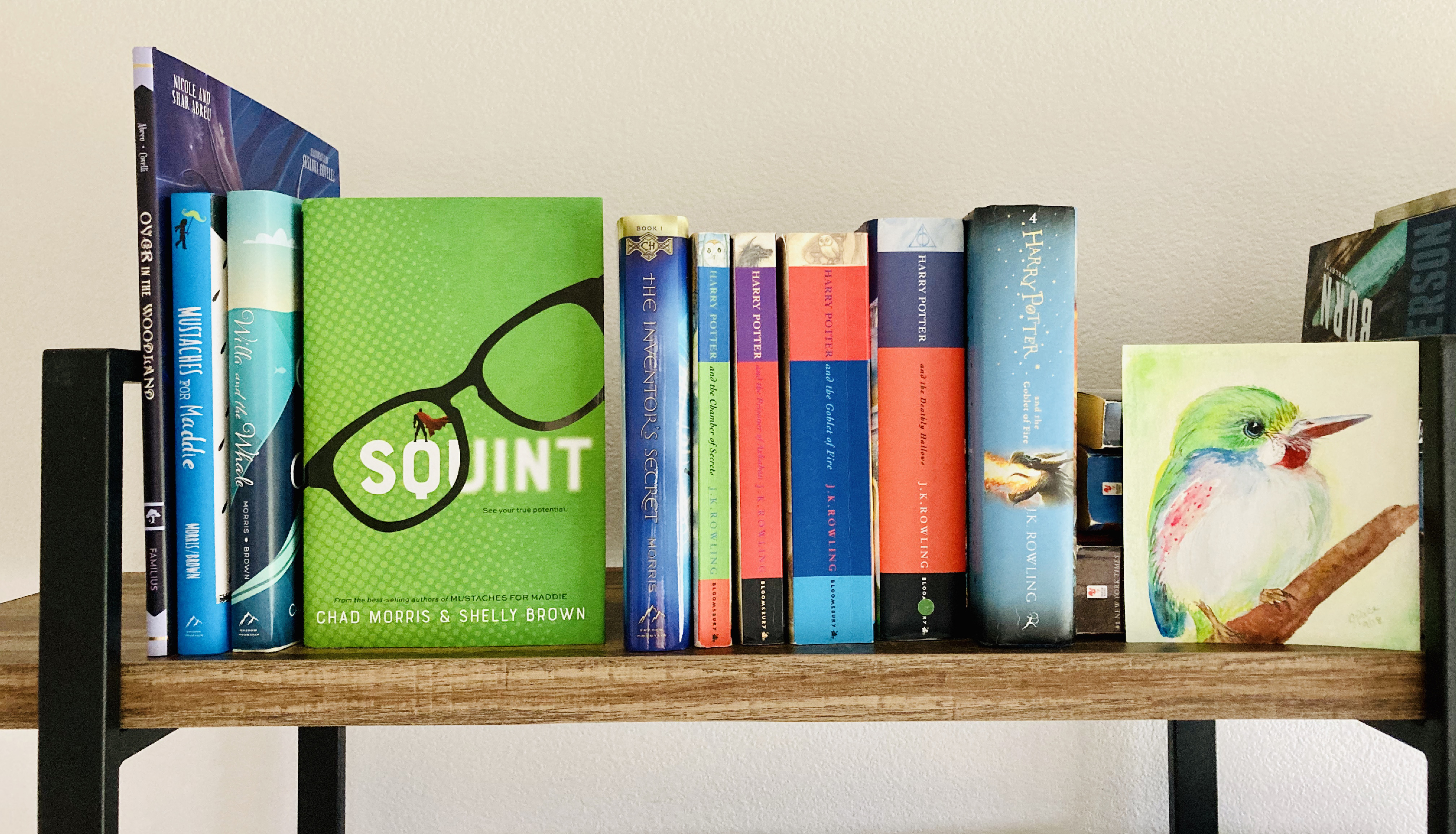 I wanted to create a case study to showcase my unique skillset, and how the books I've helped develop over the last eight years led me to pursue a career in product design. This case study details the development of Squint, a book for 8-12 year-olds that has sold over 30,000 copies and won multiple awards since its release in 2018. The two authors and I developed this book under the direction of the publisher (i.e. stakeholder), who wanted us to deliver a book whose main themes were friendship, compassion, and acceptance. We had six months to develop and deliver it.

Following the incredible success of the authors' first book together (Mustaches for Maddie, 2017), the publisher approached us in October 2017 with a contract to produce a book that would reach the same 8-12 year-old target market and would feature a character living with a disability. We had four months to deliver the first iteration.

Researching the Market and the Reader

Research for writing a book is very similar to that for designing an app—from competitive analyses to user interviews, we relied on getting to know our readers and competitors. For this book, our primary competitor was a book that was adapted into a blockbuster film just the year before: R. J. Palacio's Wonder.

8-12 year-old readers were our target, but they don't buy books very often. Teachers, parents, and librarians are the buyers—which we call "gatekeepers" in the industry. So we had to balance writing a book that engaged the target user and the buyer at the same time. The authors toured schools and libraries, and talked with teachers and readers directly to get to know their interests and goals and hardships.

More and more teachers and parents are interested in books that help their children learn empathy and compassion.

Although parents and teachers want these kinds of books, readers don't like books that are solely about teaching a lesson. They want a story.

We analyzed several books, including our main competitor, Wonder, and learned that we can apply the same principles that teach readers how to be empathetic and compassionate without being preachy and still delivering an excellent story.

Ideating on the Insights

We brainstormed six story ideas as a team to determine what would relate with the target readers the most. We knew the publisher wanted us to focus on themes of friendship, and was also interested in having a character learning to live with a disability. We brainstormed about dragons, about cyberspace, about superheroes, and many other ideas that young readers were interested in.

For each concept, we created a cast of characters, a plot, and a resolution. We tested these six story ideas on librarians, teachers, and various members of the publisher's staff. Choosing a concept from this point was determined by two factors: 1) what the testers liked the most, and 2) what the stakeholder thought would best connect with the target audience.

In the end, the publisher and the testers liked one idea far more than any other—Squint, a story about a boy who is going blind, but loves to draw. A story about unlikely friendships, and a comic book that he wants to finish writing. A story about living with pain, and learning to grow from it.

At this point, we only had an outline and a few ideas for how to write the story. So we rolled up our sleeves and got to work. We knew that one of the main plot points of the story was that the main character, Flint, was trying to complete a comic that he was writing and drawing before he completely lost his eye sight. We thought that would be a good enough motivation for the character, and something readers would connect with.

After reading the first iteration of the book, the problem seemed to fall short. We didn't have a linear problem that a reader could follow—we didn't have a plot. So I recommended that we give the main character a time constraint—something to motivate him outside of losing his sight. In publishing, we often call this the "ticking time bomb," which is a task the character has to complete in a set timeframe.

My approach to the "ticking time bomb" was to introduce a comic book contest that our character not only wants to enter, but desperately wants to win. It took what we'd ideated in the initial draft, and put a spin that added the tension and earnestness that readers wanted to see.

After finishing that iteration of the book, we delivered it to the publisher for their initial review, and then went directly to the gatekeepers for more user testing. Two more rounds of user testing found us getting more feedback and iterating on the manuscript. We altered characters who were simply bully stereotypes and gave them complex human problems to deal with. We added scenes that show characters losing what they want most in the world, only to grow from it. We did two more rounds of iteration with the publisher's editorial team before the story finally reached the finish line.

Even though the story was finished, we still had a lot of work to do. The publisher worked with us to copyedit the story—a process that resolves grammar and punctuation errors. Then came design—choosing typography, laying out the interior style, and hiring an artist to illustrate the cover. Roles reversed here—the publisher took on organizing the design, and we became the stakeholders per se. After every iteration of the overall design, they presented their work to us, and we gave feedback and suggestions alongside the usability testers. 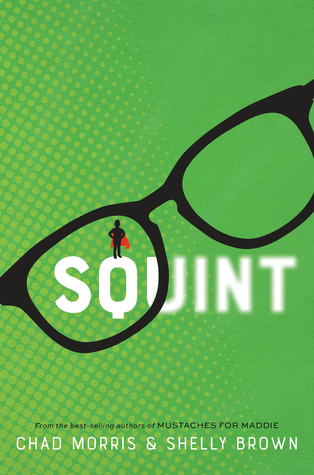 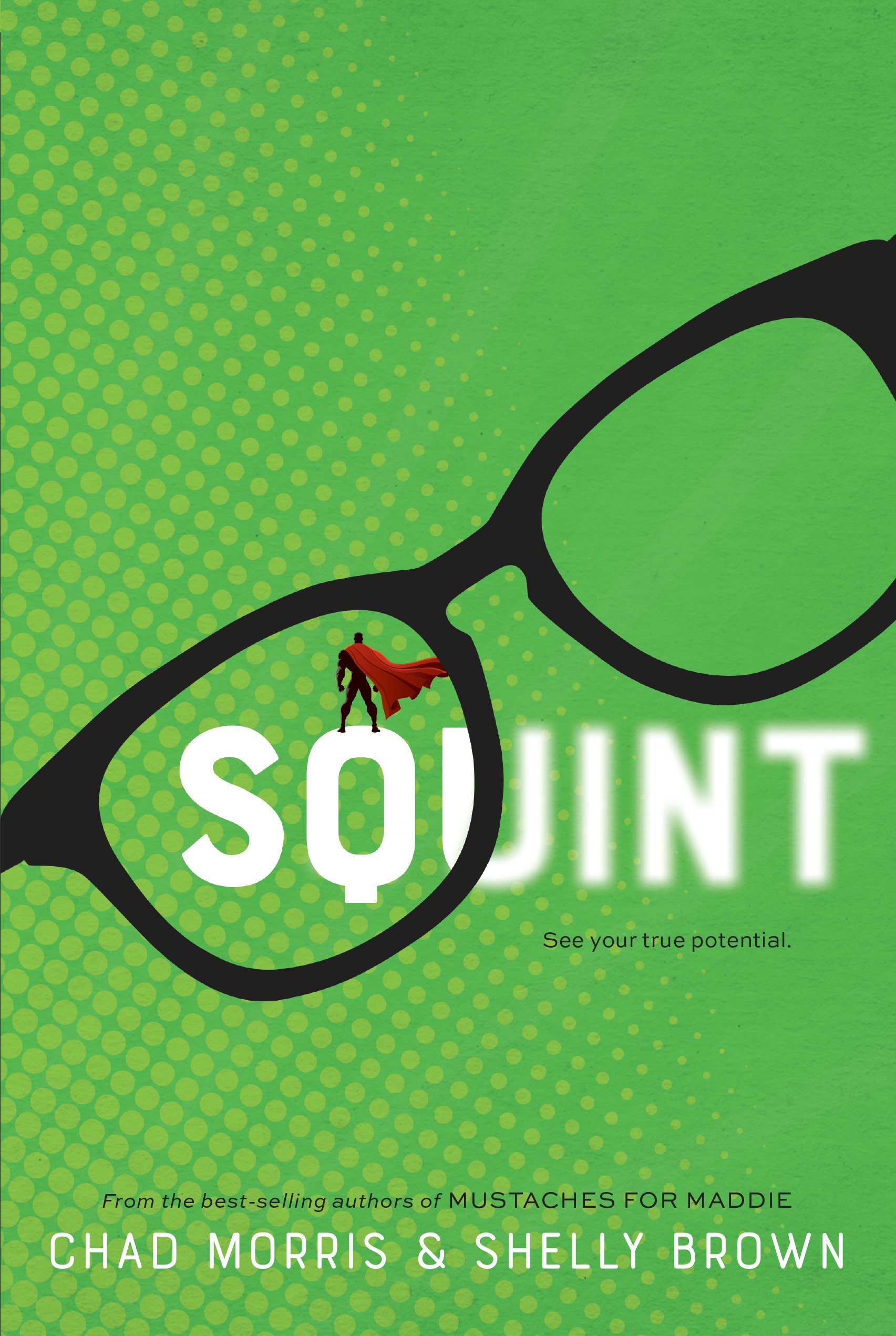 As an example of small contributions made during the production process—the image on the left was almost approved as the final cover art. It would have been fine. Readers would have enjoyed it. The cover on the right is the final cover. The changes are really small—the figure in the glasses lens is more rendered and looks like a comic book superhero, and there's a log line under the title. Small touches like that on a cover really help to pull in readers. And even though you were told never to judge a book by its cover . . . well, everyone does. It's okay. We're supposed to.

This is where production of a book differs from designing a digital product. Once the book was published, we couldn't offer future recommendations or suggest story changes. So getting it right the first time, from start to finish, was critical.

The book released in October 2018, but it wasn't over. We worked with marketing teams and publicists to spread the word to industry gatekeepers about the book. We scheduled more tours for the authors to talk with readers and teachers and librarians and tell them about the book (and do more user research for future books at the same time). 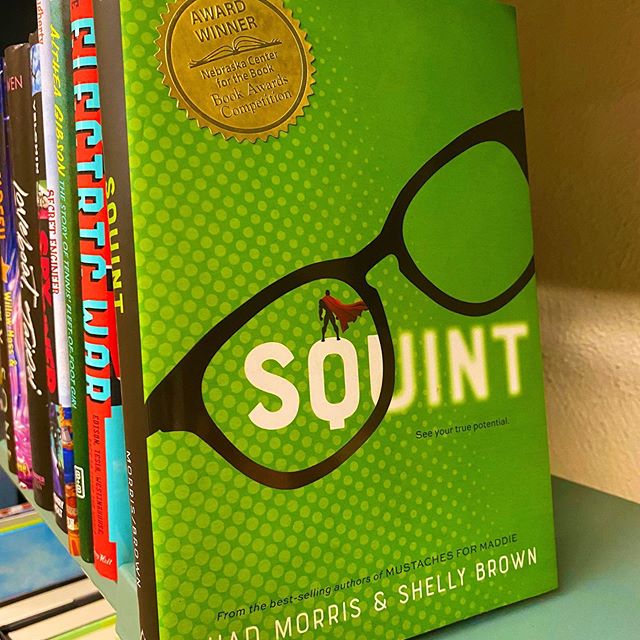 Two years after its release, Squint has now sold over 40,000 copies, was adapted into an audiobook, was added to the Scholastic Book Club with a special club edition, and has won two young reader awards in Nebraska and Rhode Island, won the Foreword Book of the Year award, and was nominated to the Mark Twain book award. The work we put in as a team was incredible, and paid off in the final product. I'm incredibly happy with how this book turned out, and every time I look at it on my bookshelf at home, I'm reminded of the work I put in, and how many people have been reached by that work.